So the pizza delivery guy or the plumber introduced at the beginning of this blog is so one dimensional that the poor bloke doesn’t even have a name. This is an absolute no-go for erotic fiction. Building realistic characters with clear flaws is essential to strengthen the relationship between character and reader. If a reader doesn’t give a flying fuck about the characters, then they will not give a flying fuck about their journey throughout the story. And why does the character need to be flawed? I hear you ask. Well, we, as the human race, aren’t exactly perfect (unless you’re Beyonce – in which case you’re the definition of perfection), and characters must be relatable. Think about any decent TV show you’ve watched – the character you’re mad for has considerable flaws, right? I know that for me, I tend to fall for the selfish, egotistical guy with anger problems (although I’m not sure what that says about me as a human being but hey ho!). If you’re stuck with this, create a list with the characteristics that you find most entertaining, and make sure they have some sort of common flaw. Think about the seven deadly sins if you’re struggling with a flaw. Your characters could convey one or more of the following:

Consider the following: when you were a little girl, you desperately wanted Prince Charming to sweep you off your feet and ride horse-back toward your happily ever after, right? Then suddenly you’re 18 and you find yourself attracted to anyone who shows a bit of ‘bad-guy’ spirit. It all goes back to this – flaws are realistic. Prince Charming is not. There’s a reason why we only meet Prince Charming at the end of the story and he only has a few lines – it’s because he’s unbelievably boring. The naughty ones are always more entertaining, and evidently, more attractive.

Erotic fiction is always best when it’s written in first person (“I” rather than “he/she”). If we can’t physically see it, it depends on our imagination, and by plonking us into the story through the eyes of your main character, the image is clearer by a long shot. There are so many benefits of writing in first person: it develops the relationship between your protagonist and your reader, it allows us to understand the way certain dialogue is taken between your characters as we can see their emotional response, it makes your reader feel as though they were the character themselves – I could go on. But that doesn’t make it easy. In order to write from first person, you have to know your character. Think carefully about the way they see the world and go from there – your character should be unique and realistic, meaning that they are going to be individual in the way they tackle problems, their backstory will be different and their tone and voice will be different, which means that you have to pay particular attention to your language use. When writing from their point of view, always think: would they say this, or would I? It’s also interesting to note that most readers prefer erotica from the female’s point of view (unless of course you’re writing a man on man piece). Of course, you could switch perspectives, but unless you’re an experienced writer, I wouldn’t suggest it. It can get very confusing, and it’s difficult to switch voices as a writer because your characters interpret life differently. More still, switching decreases the sense of mystery in your other characters. Mystery creates sexual suspense (but I’ll get to that later!).

Step Three – Be brave and stand out

Erotica has been around for a very, very long time. As a result, many storylines have been used already, which means that a lot of them can sound repetitive and dull. One way to avoid this is through your characters, as stated above. Another way, and probably the most effective way, is through your plot. Think about the genre you are writing – yes, erotica, but there will be a sub-genre there. Is it crime? Fantasy? Sci-fi? Use that sub-genre to your advantage. If you’re writing about sexy aliens then what can they do that is unique? Just like anything, people like things that they haven’t seen (or read) before. That’s probably why, as I stated before, people skip the storyline within pornos, (well, that and how shockingly awful they are)! You could also do this through mixed sexuality. While lots of readers enjoy straight erotica, focusing on their sexuality (and perhaps the journey of this) is a way to appeal to your target readers, and will make your writing stand out. Find your unique selling point before you begin writing. This should take place in your planning process and you should dedicate a large chunk of time to it – it will make writing it a lot easier, and it will also allow you to approach your story with confidence.

What successful relationship has been formed within the first chapter of a book? Absolutely none. As a result, you should think of creating tension like brick laying. Put time into building sexual suspense through dialogue, description and little hints within your plot. As in real life, sex is always better when there’s built up sexual suspense, and when it finally happens you’ll feel the same release as your characters. That ‘oh, finally!’ feeling. And a side note (though it’s crucial): don’t forget the foreplay. Again, mimicking reality, foreplay will heighten the sexual tension between your characters and give your reader a little taste of what’s in store, making that climax (both physically and in a literary sense) more satisfying. Suspense keeps your readers turning the pages – without it you’re left with a stale relationship between your characters, and an unimpressed reader.

Step Six – your ending needs to be satisfying (now where have I heard that before?)

The ending of your erotic novella needs to be satisfying. Now that doesn’t mean that everything has to be hunky dory and your characters are whisked away to a castle to rule the kingdom. In fact, your characters don’t even have to end up together. Saying that, it is important to give your readers closure. If they don’t end up together, then there has to be a reason why, and there should be a silver lining to it too. Don’t leave your readers hanging, or disappointed with your ending. If you’re leaving it on a cliff-hanger, there still needs to be some sort of resolution. There are so many times that I have reached the end of a book and could cry because there was no resolution to the journey the character has made. Don’t make the same mistake, and plan how your story will end before you start writing it!

Oh! And please avoid calling a cock a ‘penis’. There’s never a good enough reason to call it that. #thatgoesfor’penetrate’too.

time for a pap smear? 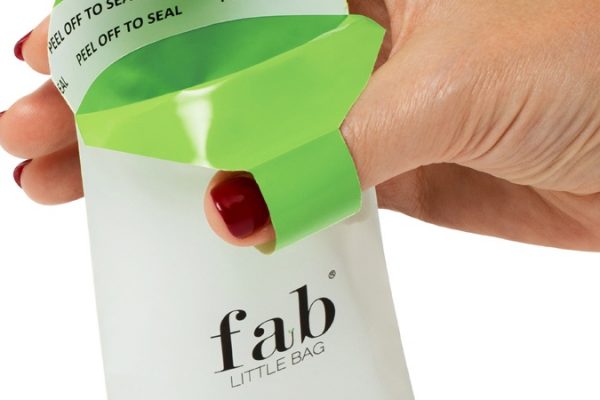