Sometimes at KK we find a product that is so inspiring that we have to share it with the world. This is one of those products. We have all had that embarrassing moment of wrapping up and having to dispose of a used tampon.  CEO and inventor of Fab Little Bag, Martha Silcott designed these biodegradable bags to make it easier for women to bin their tampons. Here is a Q&A on everything Martha and  Fab Little Bag and how this amazing little product is helping to knock down the barriers of period talk, 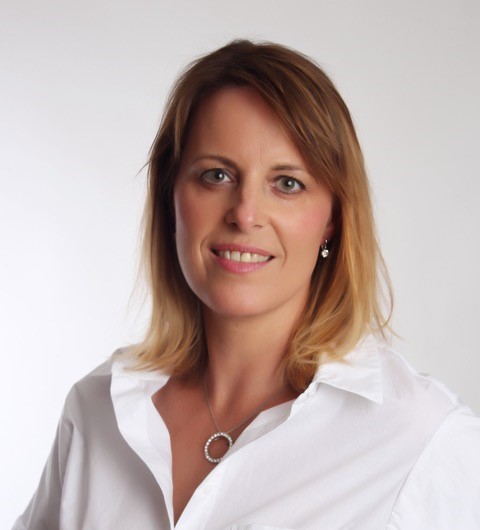 What inspired you to create the FabLittleBag?

I was at a friends house for dinner I went to change my tampon in their downstairs loo- I duly did the Loo Roll Wrap and went to put it in the bin – there was no bin. So I had to sneak it out and put it in my handbag to deal with later… I was distracted and uncomfortable the rest of the evening … next day I went to buy a disposal solution – there weren’t any. Then I got mad about why women and girls who were trying to do the right thing by binning were put in this situation…- I did research at The British Library – there was no info at all it became clear that this was a subject that was never discussed and was ignored by the manufacturers. I was also aware, having once been a Gobsmacked Flusher, of the negative consequences of flushing sanitary items both tampons and sanitary towels down the toilet i.e. flushing tampons and pads not only cause blockages but they can end up in our rivers, oceans and washed back up on the beaches because our system is designed to overflow into rivers to help alleviate flooding. Having experienced that binning does not always go quite according to plan and can end up with you feeling awkward and embarrassed, I found it unbelievable that there was not an easy, hygienic environmentally friendly disposal solution, so I invented one myself and FabLittleBag was born.

How have you found the process of creating and manufacturing FabLittleBag?

The process of inventing FabLittleBag was a non-stressful actually quite enjoyable process that I just fitted into my existing life, snatching five minutes thinking time here and there, largely on buses as I travelled from A to B for work around London. It was something that I could ponder in my own time though it did become a bit obsessive-  but it was an enjoyable process and the thrill of the Eureka moment itself was incredible and exciting!

If only I could say the same for bringing my invention to market! From the point of invention onwards it was quite a different story. Whether it is the patent process itself, or having to learn a plethora of new skill sets: branding, marketing, logistics, adhesive, biodegradable processes, manufacturing processes, or simply trying to find the amount of waking hours to fit all this in,  I cannot hand on heart say that manufacturing a product is a joyful experience. It is full of unknowns, insecurities, delays, overpromising and under delivering and somehow things never quite being as you would expect them! I have however learned an incredible amount about many new subjects and processes as well as about human nature.

READ
How To Come Out As An Adult

Have you had much male support for what is essentially a female product? What has been the hardest obstacle to overcome?

I have indeed had a lot of male support for my sanitary disposal bag along the way. Initially, my husband who has been extremely supportive especially as I left a well-paid job to pursue this dream, one of my very first shareholders was male and really believed in the product and its potential. I called upon many of my contacts a lot of whom were male, to help me with areas of branding marketing and legality and shareholder complexities and we have a male chairman at FabLittleBag who has been extraordinarily supportive and encouraging.

I don’t believe that just because it is a female product that only females will either understand it will be supportive of it. After all most men have wives, girlfriends, sisters girl-friends who FabLittleBag is relevant for.  In fact, I have learned during this process that some men have periods, one of our earliest supporters was an Intersex man who told us that we have really changed his life as there were no sanitary bins at work and it was a daily struggle, all resolved with FabLittleBag.

Probably the most challenging area I have had dealing with men is when dealing with a male buyer who really doesn’t get it at the outset and needs a lot of convincing and/or doesn’t particularly want to know. Similarly, with some potential investors who will see the word ‘sanitary’ or ‘period’ and simply shut down and turn off without realising the huge business potential of FabLittleBag.

Aside from some practicalities around manufacturing the single most difficult thing to overcome with FabLittleBag has been that because it is unique, because it is a taboo subject, and because it is a new category there is an educational step that needs to be made in order to get mass awareness quickly. If it were a new type of lipstick, for example, it would be a lot easier and your branding and packaging could be focused purely on the brand rather than also providing education.

READ
Be Fierce! An Interview With Laura Wells 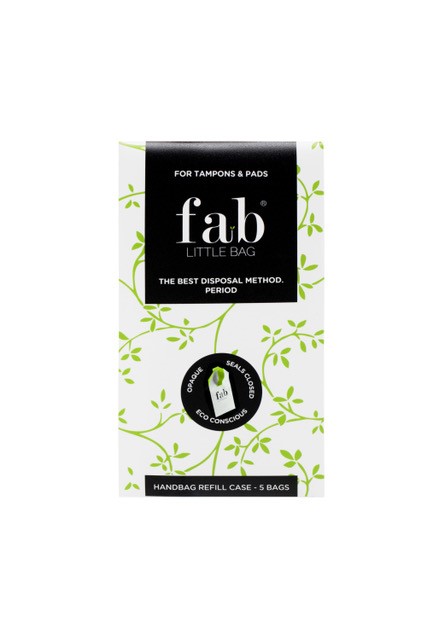 Do you believe you have helped normalise periods and sanitary products into everyday discussion?

I would like to think that FabLittleBag has played a role in helping to ‘normalise the norm’ that is periods. We may not have the loudest and most penetrative voice at present, however, we know that we have converted thousands of Gobsmacked Flushers into being Binners, and we know that we have made being a Binner, a much more relaxed, confident and better experience for many more thousands of women. Importantly simply by talking incessantly about periods and disposal in particular, heightened the education and awareness of many. Breaking down the taboo around periods is a wonderful consequence of incessantly having the conversation.

What would you say is your greatest strength? And your biggest weakness?

Probably my greatest strength is a curious mind and my ‘never give up’ internal default position. My biggest weakness, I have many I am sure, probably a lack of consistent focus on the detail. But that’s why it is essential to have a business partner who has strengths where your weaknesses are and in Penny I have that.

How do you manage the work/life/family juggle with a growing company?

Not very well is the honest answer. Although both my children are a lot older now, 15 and 18, I am still not as present as much as I should be in the home environment. Bringing an invention to market is all consuming and it’s very difficult to switch off from that. I don’t have an exercise routine and I’m increasingly conscious as I get older I definitely need to have one it’s just so hard to fit it in when nothing is regular in your day let alone your week.

What one piece of advice would you give to other women wanting to start up their own business?

Starting your own business is bloody hard work. Take off any rose tinted glasses you may have on and really examine whether you have the energy, the tenacity, the passion and the skin of two rhinos, all of which you will need in order to succeed. There is no shame in being an employee and sometimes I worry that working for yourself or running your own business can be over glamorised because it is anything but glamorous in my experience so far. However, if you have that drive and that desire, do your research, know your customers, surround yourself with positive people (ditch the ones who suck all your energy), learn from other people’s mistakes, use their shortcuts, play to your strengths, don’t forget your good friends.

Who are your inspirations and shero?

I don’t particularly have a hero or Shero, to be honest in the world of business, I do admire what certain people have achieved and how they have achieved it particularly Anita Roddick, the founder of The Body Shop, she was a real pioneer in my opinion. However in terms of who I generally admire it’s actually people I don’t even know, women who work three jobs in order to take care of their families, people who struggle against unbelievable adversity in order to succeed, people who have been dealt a very poor hand in life who don’t let that defeat them , people who on the face of it have every right to be angry at the world, but who chose a positive can-do outlook and take positive action and rise above in spite of it all, these kinds of people inspire me.

What has been your proudest moment so far on your FabLittleBag journey?

Hmm, hard one as there have been a lot of important miles stones:

Getting my patent granted was a huge deal – it is rare to get a patent granted full stop, I had waited 7 years and almost given up hope. I am proud of that. My first sale which was to a UK Water company, before I even had the finished product ready, that was amazing.

My first ever online order, a lady called Clemency from Brighton, amazing feeling

Seeing FabLittleBag on the shelves in Waitrose was a great feeling

Winning awards ahs been a lot of fun, but it is the customer emails we receive telling us how they love FabLittleBag that gives me a proud tingle, every one of them.

What is your vision for the future of FabLittleBag?

We want FabLittleBag to be a handbag essential just like your Vaseline tin, or pack of tissues, we want disposing of sanitary items to be a feel-good confident experience, we want to convert all Flushers into being binners so that tampons, pads, applicators, pantyliners, are no longer floating about in rivers and oceans or being washed up on our beaches, we want every establishment: hotel, restaurant, bar, gym, spa, train, plane cruise ship, to have FabLittleBags at hand to guarantee a fab binning experience for all.

READ
KK’s Guide to Self Isolation

I also have other related products to bring dignity to disposal for people using catheters and ostomy bags as once again the manufacturers simply ignore the fact that these products need to be disposed of once used and it is a private bodily function requiring some discretion. 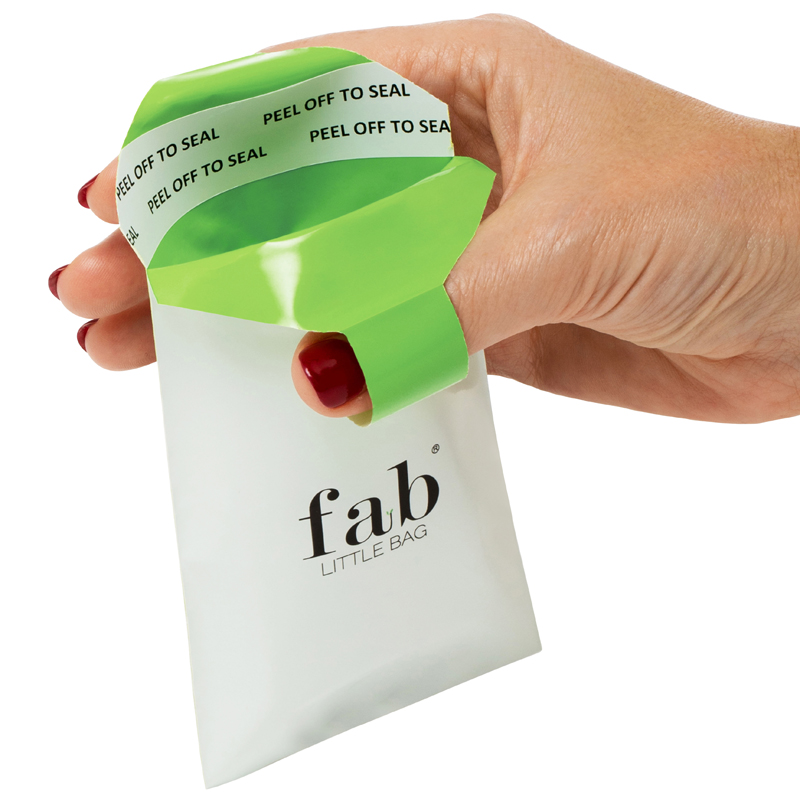 Since you started, FabLittleBag and people have told you of their nightmare stories regarding post sanitary products, we all have one! What are the three that stand out the most?

As you say there are so many! Okay so

Massive Thanks to Martha for her time, and for saving us those embarrassing moments!