How To Use A Condom Without Being Awkward

Cock-sock. Johnny. Raincoat. Rubber. Whatever you call them, it's time to start using condoms without being awkward 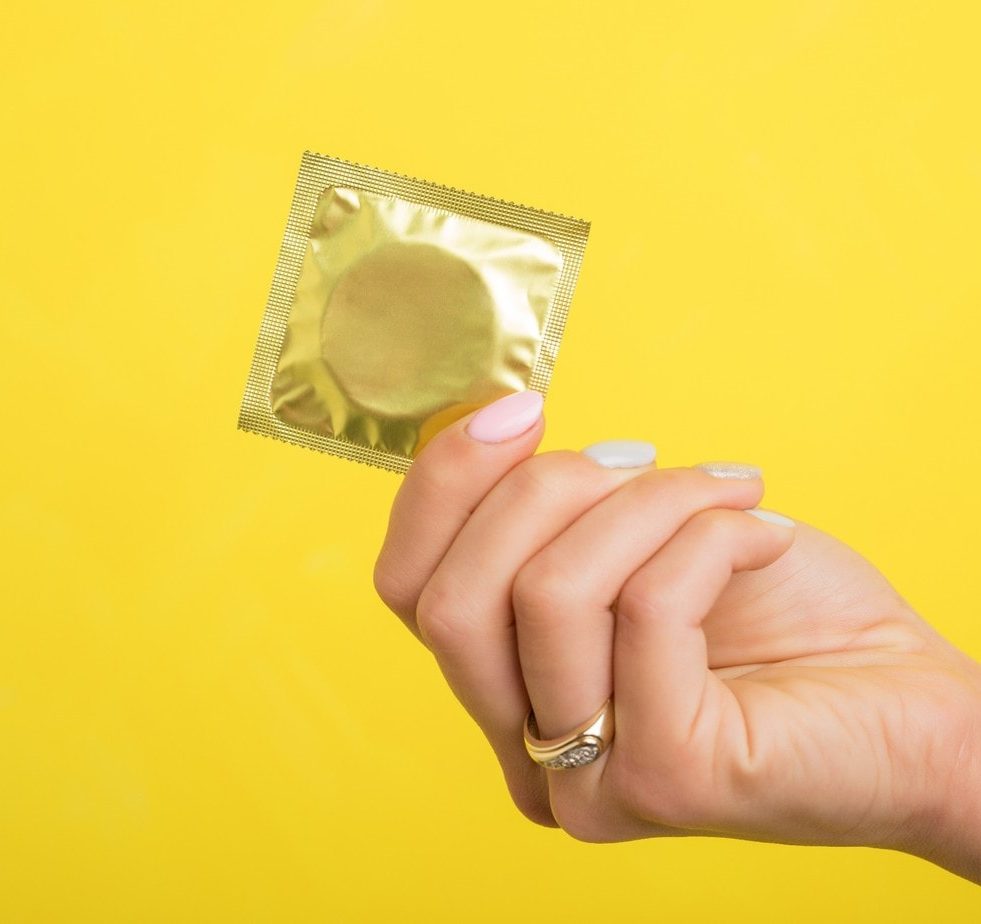 Ah, condoms. If you grew up in the British education system, condoms will often be one of the first things – dare I say, the only thing? – that we are introduced to in Sex Ed.

Fumbled onto a banana with a blush, your Maths teacher will squeak something like “And that’s how you practise safe sex” before dying of embarrassment in the corner, leaving you with plenty to lol about on your lunch break but very little actual information.

The main take-away from these demos is always speculation as to whether the teacher will proceed to eat that banana – an interesting question no doubt, but not one that will prove useful when staring down the barrel of your first (or indeed, any) sexual encounter. In fact, it may even be the main impediment: if, when you’re getting down to it, the phrase “shall we use a condom?” conjures your teacher sliding a sheath onto bruised yellow fruit, you’re quite likely to dismiss this image as quickly as possible, leaving that all-important question unasked and – potentially – exposing yourself or your partner to potential pregnancy and/or STIs.

As the only contraception that protects against both these things, it’s worth getting aquatinted with the humble condom.

So, if you find yourself tongue-tied when it comes to cock-socks, read on. We’re all in this together.

And by this I mean a virtual classroom rather than an STI clinic.

How And Where To Buy Condoms

Provided for free at all KK events, a condom is a barrier contraceptive made from very thin latex, with non-latex options made from a synthetic rubber called polyisoprene or polyurethane, a kind of plastic. Whilst there are also vaginal condoms, known as femidoms or internal condoms, this article is focusing on the external kind, which can be used very effectively on penises and penetrative sex toys.

Condoms can be bought from all pharmacies and most supermarkets will also have a selection. If buying your condoms in person feels like too great a price to pay for safe sex, then I would say the following:

Take a look at the search results for “condom” on Boots.com (or Walgreens.com for our Stateside boos). This will give you a run-down of the current offerings, meaning you can familiarise yourself with the various options before going into the shop and making that assertive eye-contact.

Ribbed condoms, latex free condoms, flavoured condoms for safe and tasty oral sex (because you can get STIs from oral, too), thin feel, extra lube – they’re all here. It’s a raincoat buffet. And if you’re not sure what you might like, lots of brands offer bundles so you can try a few different styles to find your new favourite thing.

You can also often get condoms FOR FREE from your local family planning clinic or sexual health centre. Next time you pop in for a check-up (which you do on the reg, right?) ask if they have any condoms. It’s good practise for your next sexual encounter, if nothing else.

How To Use A Condom Safely

I’ve read a few articles recently that say how hard it is to get a condom on. Truly, it is not – although what you’re putting it on needs to be. Otherwise it won’t go on and stay on, which is what this is all about.

First things first: Check your condoms are in-date. Like those bananas of your Sex Ed memories, condoms have an expiry date after which they shouldn’t be used. Ideally check this before you want to use them, and make sure you keep yourself well-stocked with in-date condoms. In the UK, we also have the BSI kitemark or European CE symbol as assurances of quality.

Putting On A Condom, The Five Steps To Greatness

What To Do If A Condom Breaks

Don’t panic. If you notice the condom has split during sex, stop straight away and bin the broken condom. Check in with each other – if you both feel happy to carry on, use another condom. If not, take a break but stay connected and talk through what you want to do next.

If the split happened after ejaculation you’ll want to try to remove as much semen from the vagina/rectum/mouth as possible. Spit it out or sit on the loo and push before gently washing the genital area with soap and water. Do not douche, scrub or use any kind of harsh disinfectant – this can irritate the body and actually make it more likely that you’ll contract an infection.

Above all things, be calm and kind. Your partner is probably feeling vulnerable right now too. Keep communicating and make sure you take some time for a bit of aftercare, whether that’s a chat, a cuddle or a cup of tea.

Getting yourself an STI check is now even more of a top-priority, so book in for a check-up or order one of these genuinely life-changing home-testing kits. These aren’t available everywhere, but if you can get your hands on one it makes STI checks for HIV, Syphilis, Chlamydia and Gonorrhea an absolute breeze.

If pregnancy is a risk, you might want to get the emergency contraceptive pill. Again you can get this from your sexual health clinic, most pharmacies, your GP and even the internet – just make sure you’re ordering from a legitimate site.

How To Make It Not Awkward Tho?

I hear you, I hear you…it’s all well and good knowing how to put the thing on but how do you get to that point? How do you become the person who breezily suggests using a condom and then pops one on like it’s no bother? It comes down to two things: logistics and practise.

It will be much easier to initiate using a condom if you have them nearby. Or actually just if you have them, full-stop. It isn’t generally recommended that you carry a condom around in a purse or wallet for more than a month, because they can get damaged over time. The simple solution in all cases is to regularly restock your condom stash, making sure that all your condoms are in-date and intact when you want to use them – Killing Kittens’ fave Hanx even offer a subscription service.

Keep them in your bedside cabinet or in a little box just under the bed along with some water-based lube for easy access. And if you’re going on a date, just take a couple with you. It can be part of getting yourself in the mood – you have a shower, you get dressed, you pop a couple of condoms in your purse or wallet. Sexy, right?

There are two things to practise – the physical moves of putting a condom on and the communication that needs to happen around this.

The first one is easy. Stock up on johnnies and have a practise putting them on yourself or a sex toy. The more confident you feel with the mechanics of using a condom, the more likely you are to be comfortable initiating this during sex with a partner.

The second thing is the real kicker, and ties in with all sorts of other problems we have as a society when it comes to communication around sex and pleasure. I have an inspirational American friend, who says she basically sits people down with a checklist if it looks like sex is on the cards, asking key questions like “have you had an STI test since your last sexual encounter?” and “how do you feel about condoms because we’re going to be using one”. This has inspired me to come up with the mantra, Be More Boston.

It’s all about prioritising your own safety, not only in terms of protection against STIs or pregnancy (if that’s relevant) but also in terms of how you feel. If you don’t feel safe, respected and listened to then arguably you’re going to come away from that sexual encounter (if you come at all) feeling less than amazing. Practise saying what you want to say in your own time, and be assertive about it! Get in front of that mirror, look yourself in the eye and say “Let’s use a condom”.

It really doesn’t kill the mood to ask “shall we use a condom?” You can actually make this hot – “I really want to fuck you. I’m going to get a condom”. 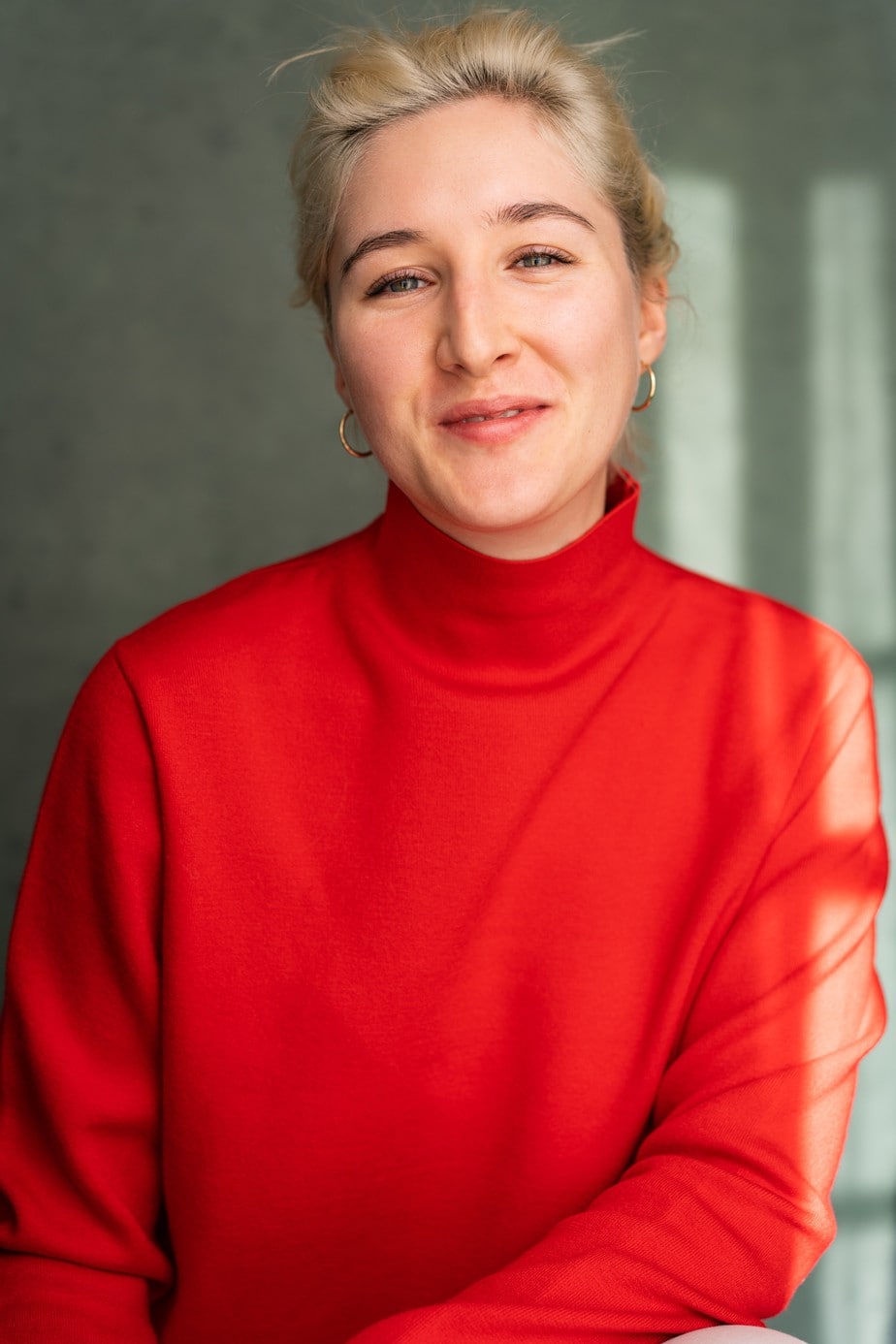 Esme (she/her) is the editor of the KK blog. She is also a writer, copywriter and full-time Aquarius.