Owning your Pleasure When You’re Hypersexual and Sex-Repulsed

Owning your pleasure when you’re hypersexual and sex repulsed

As I lay there in my post-orgasmic glow, there was little joy in what I felt. I should have felt the wave of relaxation that so often comes after climax, yet instead, I felt repulsed. A repulsion aimed at myself and my pleasure.

When you’re someone who prides themselves on being sexually open-minded, to suddenly feel the opposite isn’t just disorientating, it’s distressing. In those moments when I switched from hypersexual to sex repulsed, I felt wrong in some way.

In my head, the two couldn’t co-exist. How could I be hypersexual, and sex repulsed at the same time? They sound so mutually exclusive.

The anguish I’ve sat with for years, constantly struggling to own my sexual pleasure because of the internal conflict I felt, has been a difficult journey. It’s one that’s caused me to hesitate during intimate moments, especially those with myself.

Arguably, the conflict comes from the popular misconceptions that both these disorders have – hypersexuality is often described as sex addiction, while sex repulsion is seen as an aversion to sex. There’s some truth in both those definitions. However, they’re too simplified to properly express the complexities of them both.

READ
All About All The Feelings: Let's Talk Jealousy

Unable to take ownership, the sex-positive circle I moved within became spaces I both loved yet dreaded. Instead of feeling a part of the conversation, I felt like I was playing the role of sex-positivity rather than actually living it.

Self-doubt grew the more people looked to me for sexual commentary. Having spent years being that friend who openly talked about sex, seemingly untroubled by notions of shame or taboo, I was expected to fill that role. Every new group I became a part of had that expectation of me, leaving me trapped playing a role I felt fraudulent in maintaining.

Although I’ve moved beyond those thoughts that once held me back, I know that shame surrounding sexual pleasure is all too common. Despite knowing there’s no shame in our pleasure, societal misbeliefs are hard to dismiss.

READ
What Is Endometriosis?

My decision to take back my pleasure was a somewhat unintentional one. Staring up at the ceiling, equal parts elated and ashamed after my orgasm, I noticed how relaxed I felt. I was always relaxed afterwards, but this time I sat and felt what that relaxation did to my body. It penetrated deep into my muscles, causing me to feel less weighed down by life’s daily stressors.

At that moment, I slowly started to realise that sexual pleasure isn’t inherently sexual. For a lot of people, it is, but there are times when it’s simply a de-stressing tool. It isn’t lusting that drives us, but a longing for the release of tension that comes afterwards.

By making that connection, I was able to connect with my body beyond the sexual. All those years of believing that my body was nothing but a tool for sex, that it couldn’t have worth beyond that, was undergoing a transformation inside my mind.

Although a profound realisation, it doesn’t mean that better owning my pleasure was a quick process. It’s taken me a long time to get here, and even now I’m still discovering more about my pleasure. However, the fact that it isn’t a simple journey doesn’t detract from the freedom of sexual expression it’s given me.

Hypersexuality and sex repulsion may seem like opposites, destined to never connect, but they can marry together often.

I believe my earlier sexual experiences, during my formative years of understanding, planted a confused idea of pleasure within me. My episodic shifts from sexually ravenous to sexually despondent came from the idea that pleasure is unchanging; I’d taught myself to understand sex as a fixed experience.

READ
Should Enthusiasm Be A Requirement For Sex?

But sex is such a broad spectrum. It’s a varied experience that allows us to explore our desires in different ways, even if that means we don’t engage with sex at all. Once I learned this truth, unburdened by previous misgivings, I was able to unlock the deeper potential of my pleasure. Initially, my efforts were tentative, however that potential has now become part of what I enjoy most about sex. I’m unbound.

I still have episodes of sex repulsion, but they’re not as frequent. When they do strike, I’m now better equipped to understand that they don’t alter my ability to be two things at once. I can be hypersexual, and sex-repulsed. I’m more than the limitations I’ve previously placed on myself, I’m a fluidity of emotions that create an experience uniquely my own.

The labels we place on ourselves can be liberating, but they can also hold us back. As with any definition, it’s open to change and progress, just the same as we are.

Emma is a genderfluid writer and journalist, who specialises in LGBTQIA+, mental health, and sexual wellbeing. She also really loves sex and being able to explore pleasure in an open and inclusive way. Pronouns she/they.

How to Maintain an Erection 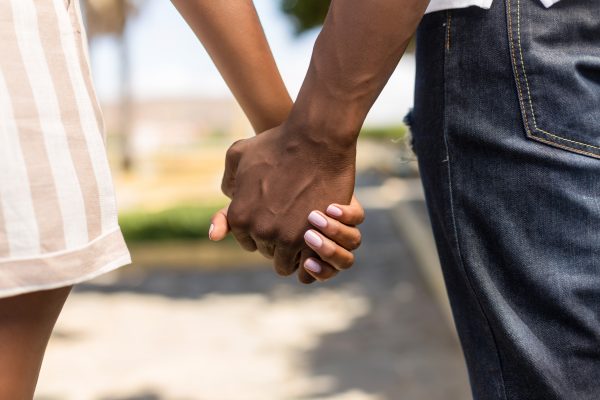