Period Sex: Everything You Need To Know

Whether you have a menstrual cycle or not, period sex has probably crossed your mind at one point or another. You may be wondering about the logistics of period sex; how to do it without making a mess? Does it hurt? Why do people like it? Should I try it? Am I a bad person if I don’t want to try it? Period sex is one of those subjects that many people don’t want to talk about out of fear or embarrassment, so there’s a lot of unanswered questions out there. Not having access to information is often how myths and stigma are born.

The truth is, unless you’re particularly squeamish or don’t like the sight of blood, having period sex can be practised safely and can be really good fun! With this in mind, here’s everything you need to know about how to have great period sex.

Language Note: this article is for everyone. In this piece we are using the terms “menstrual cycle” and “period”, but we want to acknowledge that not everyone who has a menstrual cycle has an uncomplicated relationship with it, or uses the same language to refer to this event. If you are a man, non-binary, GNC, Two-Spirit, gender fluid, gender expansive, and or intersex and you experience this physiological process… hello! This piece is also for you, and we hope you find it useful.

Why Is Period Sex So Stigmatized?

Periods have long been considered anathema, with centuries of established cultural beliefs reinforcing this perception. Period blood in particular is typically perceived as unclean or embarrassing, and the very notion of mentioning periods in a public space has long been frowned upon. When it comes to periods and sex, both are intertwined in sexism and outdated societal ideals, leading to a potential double whammy of shame.

When it comes to education around periods, the focus tends to be on a very simplistic breakdown of the cycle and the corresponding ability to produce children. There’s very little available resources to explore or help us understand periods, and this often leads to feelings of shame. Period brands themselves have helped uphold this stigma by using cutesy code words – sanitary towel, anyone? – and blue liquid in place of blood. We’ve only in recent years seen messy and more accurate depictions of what it’s like to menstruate, and even then platforms still shun and ban period blood. This sends a clear message to people who menstruate to hide their menstruation, to be ashamed of it. Brands also often position periods as a “women’s” issue, which is inaccurate at best and transphobic and bio essentialisst at worst. This erases the experience of men, non-binary people, intersex folks and the many other people who experience menstruation without defining themselves as or being “women”.

It’s no surprise that when we’ve internalised these kinds of negative narratives since our teenage years they can and do present themselves in the bedroom. With hardly any pro period or pro period sex content for us to consume out there, it can be hard to unlearn the stigma we’ve come to associate with this natural bodily process. However, it’s totally possible to overcome these feelings of shame and end up trying, or maybe really enjoying, period sex.

With that in mind if nobody has told you this already, allow me to: you are absolutely not alone in feeling the infamous period horn. Many of us – including those who don’t menstruate – get the urge during this particular time of the month. Sexual desire doesn’t just disappear because a person is bleeding, with some evidence that desire actually increases at this time.

The science behind the period horn is pretty inconclusive, but there are a few factors that might be coming into play to increase your feelings of arousal. Sexual arousal is closely linked to hormone levels; two key hormones that are part of the cycle, and which are known to have an impact on sex drive, are oestrogen and progesterone.

During the follicular phase (the first day of the period all the way through to ovulation) of the menstrual cycle, oestrogen levels tend to be higher than progesterone levels. With a surge of luteinising hormone (LH) towards the end of the follicular phase, people tend to feel more sexual arousal as ovulation approaches. From a purely evolutionary standpoint, it is in your body’s best interests to have sex now as this is the time when conception is more likely to happen. Remember whether you want to or not, the reproductive system acts as if you’re preparing to conceive and carry a child.

It’s also worth noting that the body in general feels more sensitive during this part of the cycle and this can be a turn-on for all parties, not just the people experiencing it! When the uterus is expanding with blood, there’s a theory that it can press upon nerve endings in the pelvic area, triggering arousal. This extra sensitivity can make menstruation a pretty exciting time to experiment with different forms of sexual pleasure like kissing, nipple play, mutual masturbation, and non-penetrative sex. All of this is equally exciting for the other person(s) involved too, as there’s nothing hotter than seeing your partner really enjoy themselves. It’s a win-win for everybody involved!

One of the biggest and most commonly discussed benefits of period sex is the presence of bodily-produced lube. Yes, you read that right. An increase of fluids during this time can offer extra lubrication, which can be beneficial to all parties as it reduces friction and increases pleasurable sensations.

Although, like so many things in the realm of sex and pleasure, this hasn’t yet been properly studied, there is a lot of anecdotal evidence to suggest that orgasm can be an effective form of pain relief. Let’s explore why.

The main theory is that endorphins released when you orgasm can help relieve menstrual pain. Endorphins are chemicals produced by the central nervous system and the pituitary gland (a pea-sized gland in the brain) to relieve stress and pain.

Sexual activity often stimulates the pituitary gland and leads to the release of all the ‘feel good hormones’ like dopamine, serotonin and more. Endorphins act similarly to drugs like morphine and codeine; they help increase our pain threshold by interacting with the opiate receptors in the brain. One study found that when “vaginal stimulation was self-applied in a way that produced orgasm” (translation: when people in the study masturbated), the pain tolerance threshold increased significantly by 75%. This would suggest that endorphins reduce the perception of pain as well as playing a vital role in aiding pleasure.

Best of all, empowerment plays a big part for those who have grown up thinking periods or sex (or in this case both) are ‘dirty’ or ‘shameful’. It can feel like a revolutionary and empowering act.

Can You Get Pregnant On Your Period?

The chances of getting pregnant during your period are very low, but it isn’t impossible. Although a body with a functioning uterus is often most fertile at the time of ovulation (typically 12 to 14 days before a period starts), sperm can survive within the reproductive system for up to five days. This means that a tiny percentage of people have a small chance of getting pregnant from unprotected sex during their period, particularly if the luteal phase (the part that happens after ovulation, but before menstruation) of the cycle is short.

Any kind of sex is better when you leave all expectations and pressure at the door, so with period sex the key is to be relaxed and to have fun exploring!

Starting a period sex adventure in the bathroom can be a great idea, as it eliminates concerns around mess and clean-up as you can simply wash anything away there and then. It’s important to note that barrier contraceptives like condoms and diaphragms can be less effective when used in water, and if you’re getting intimate in a setting that involves high temperatures and chemicals, such as a jacuzzi, you should also be aware of the increased chances of breakage as well as the condom potentially slipping off whatever it is encasing. A body going through a menstrual cycle can be slightly more likely to contract an infection, so using protection is a must.

In my experience, the aftermath is never as bloody as you think it’s going to be! However, if you’re worried about staining sheets, you can put down a towel to catch some of the spills. Another option is to try using a menstrual disc, which is a form of period protection that can be worn during intercourse. Any other internal products (such as tampons and moon cups) should be removed if penetration is involved. When playing with toys, make sure to wash them both before play, to eliminate any possibility of bacteria, and swiftly after. Dried blood is a pain to get off toys.

My top tip though? Communicate! Talk to your partner(s) before engaging in period sex so you can both air any concerns or particular points of excitement, which will help you to get on the same page for this experience. Express how you’re feeling throughout, and know that it’s always okay if you need to change position, take a break or stop altogether.

Bottom line is: you don’t have to let a period halt your sex life! 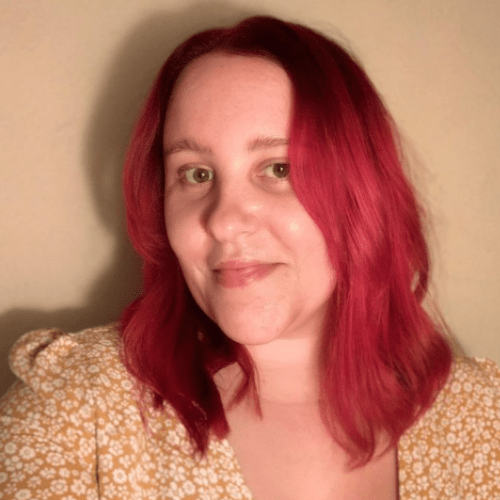 Tara (she/her) is a writer and educator who has been talking frankly and writing about menstruation for more than a decade. Her debut book Red Moon Gang: An Inclusive Guide To Periods is out now. Follow her on Instagram @redmoongang.