Sex During Pregnancy – A Guide 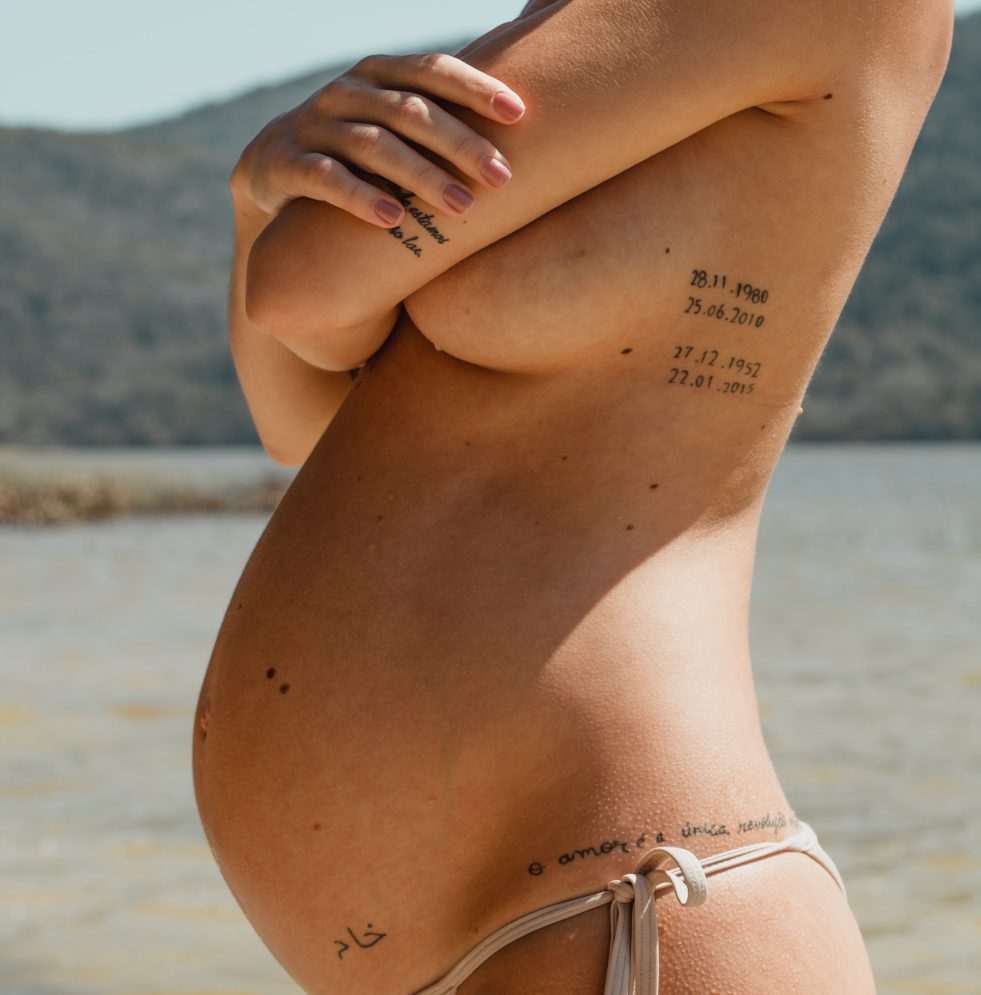 Are you expecting a little one in nine months, and wondering what it means for your sex life? Or perhaps your partner is pregnant, and you have concerns about what the new person in the equation will mean for your relationship? Well, this is your one-stop-shop for all things sex during pregnancy! Read on for information about pleasure, precautions, and everyone’s favorite – positions!

Editor’s Note: This article and the terms used within are intentionally gender non-specific, as we intend for this piece to be broad in gender application. We would like to acknowledge that not everyone with these general demonstrations of physiology uses the same words to describe their parts and that not all bodies appear the same or function in the same way. It is our intention to be mindful and inclusive of trans, enby, GNC, gender expansive, 2 Spirit, and intersex experiences as we want the information contained within to benefit as many expansive identities as possible.

We hope that you enjoy reading this article and that it helps you to find new ways to experience and or give pleasure during pregnancy! We welcome feedback at editor@wearekk.com

Is sex safe during pregnancy?

For a lot of patients, the first question they ask in the ob-gyn office is:

“is it safe to have sex during pregnancy?”

The short answer is: yes! Sex is totally safe in healthy pregnancies (hooray)!

There are, however, a few scenarios in which your doctor/midwife may ask you to refrain from certain sexual activities. A few of the most common reasons why it might be best to avoid sex during pregnancy include:

Spotting after sex during pregnancy

One of the most common concerns patients have about sex during the first three months of pregnancy (aka the first trimester) is if sex can cause miscarriage. It can be particularly alarming when people have bleeding after sex during pregnancy.

Bleeding can be caused by a multitude of things; so it’s important to always report it to your healthcare provider so they can investigate. Sometimes spotting after sex could indicate something worrisome, like a bleed from the placenta (a super cool, rubbery, disk-like organ created to be the baby’s oxygen and nutrient source). Or, sometimes it could even be an early sign of a miscarriage. All the more reason to reach out to your healthcare provider to check-in and see what could be going on.

However, some causes of spotting are less concerning. “Implantation bleeding” (spotting that occurs from hormonal changes when a fertilized egg implants in the uterus) is one example of bleeding that can occur after or during sex that is not so worrisome.

Benefits and drawbacks of sex during pregnancy

Benefits of Sex During Pregnancy

You get the same benefits of sex during pregnancy that you would if not pregnant. It can relieve stress, help you bond with a partner, or even help you wind down for a good night’s sleep.

In pregnancy, some find that sex and/or orgasm can provide temporary relief to the pelvic aches and pains related to expecting a baby. You also don’t have to worry about protecting against an unplanned pregnancy, however it is very important that condom are still used to protect against STIs (sexually transmitted infections), especially if any of the people involved is sleeping with more partners.

Disadvantages of Sex During Pregnancy

Similarly, potential disadvantages of sex during pregnancy are the same as for those not pregnant. Perhaps there is a history of sexual trauma, or you/your partner has an STI, or maybe sex is harming your relationship for any number of reasons.

Pregnant individuals are particularly vulnerable to infections like STIs and UTIs (urinary tract infections) – not to mention these infections can affect the baby, too. In certain high risk pregnancies, individuals are put on “pelvic rest” (which includes no penetrative sex) by their healthcare providers to quell the risk of infection or early labor.

The benefits and drawbacks of sex during pregnancy are highly individual – so it’s important to keep an open dialogue with yourself, your partner(s), and your healthcare provider to determine what you are comfortable doing during pregnancy. KK’s article on how to own your sexual pleasure is an inspiring read to help you navigate and articulate your desires and preferences.

Libido changes are another highly individual experience for those who are pregnant. Hormones, evolving bodies, and the imminent major life change can all lead to libido alterations. If you or your partner/s are feeling thrown because you’re dealing with a low sex drive during pregnancy, or a sex drive that is suddenly through the roof, try not to be so hard on yourself or on your partner/s. Instead, try to be patient with – and loving toward – your ever-changing selves.

That being said, there are some libido trends you often hear about in an ob-gyn office. For many, there can be an increased sex drive during pregnancy, particularly in the second trimester (aka the sexy trimester)! The morning sickness of the first trimester, and the physical discomforts of the third trimester can get a bad rap for causing decreased libido. However, a fully baked bun in the oven comes with a surge of sex drive for some, and that’s something you can celebrate or respond to in any way that feels best for those in the partnership. Be sure to communicate openly about what feels best for you and your needs as the pregnant individual, and partner/s. Go for it, parents!

Pain during or after sex while pregnant

Are you experiencing painful sex during pregnancy? Like with any health concern, please get checked out first by your midwife/doctor to see if there’s a medical issue. For example, a herpes outbreak or other STI could certainly cause pain during sex. Do you have a burning sensation after sex during pregnancy when you urinate? You could have a UTI, or maybe a yeast infection (two things that are more common when pregnant – joy!). Certain infections have the potential to harm the baby; even more reason to get treatment. There are also some pregnancy-specific causes of painful sex, and we will delve into a few now.

For many, sex gets particularly uncomfortable toward the end of pregnancy. Apart from the basketball-sized foetus making positions a bit awkward, the growing babe may be 4, 6, or 8+ pounds at this point, putting considerable strain on your pelvic ligaments. Perhaps the baby has already made a nosedive and is engaging in your pelvis (ouch!). The hormones flowing through your body are relaxing all of these structures in order to prepare for a delivery (and we aren’t talking about pizza delivery, folks!). All of these elements combined can make sex itself painful or cause pelvic or vaginal pain after sex during pregnancy. Move slowly, try different positions, or simply take a pause. Lastly, consider asking your midwife/doctor for a referral to a pelvic floor physiotherapist. These professionals are generally highly skilled and experienced in this area, and can be a great resource after birth as well.

Is it bad to have too much sex while pregnant?

There is no “too much” or “too little” when it comes to sex during pregnancy. As long as you get the “go ahead” from your doctor/midwife, you can have as much sex as you and your partner(s) are comfortable and happy with.

When to stop sex during pregnancy prior to due date?

Unless your doctor has advised you to stop for a medical reason, sex is generally considered safe throughout pregnancy – even right up until the end! Please discuss medical exceptions (such as bleeding, water breaking, etc) with your healthcare team first, though.

Why does missionary hurt when pregnant?

Assuming medical reasons have been ruled out, and that this individual is “on the bottom,” the missionary position could hurt because the weight of the bump is completely on top, and well, you know, gravity. Or perhaps penetration goes deepest for this person in the missionary position; with the pregnancy adding extra pressure on the cervix and pelvic organs, a different position may just be comfier.

Are there any consequences of not having sex during pregnancy?

Nope! There are plenty of individuals who do not have sex while pregnant and go on to have perfectly healthy pregnancies.

Will sex put me into labour?

It’s been theorised that oxytocin release during orgasm can start contractions, and that the prostaglandins in semen can “ripen” (aka soften) a cervix – two things necessary for initiation of labour. That being said, there’s no scientific proof that sex causes labour to start, especially before the body is ready.

One important thing to keep in mind is that pregnant people are advised against lying flat on their back for an extended period of time. This could limit blood flow through the vena cava, a major blood vessel. If on your back, whether going solo or with a partner, try propping up one side of your back with a pillow, so that you’re on a tilt.

Additionally, some find that the bump “gets in the way” as it grows bigger. Doggy style or pregnant person on top (facing toward or away from the partner) are a couple of options that can create space and make sex more comfortable. It’s all about experimentation, as every body is unique!

And there you have it, a practical guide to sexy times when expecting. Remember to be safe, have fun, and don’t be afraid to ask your healthcare team questions – trust me, there’s very little they haven’t heard or seen before! 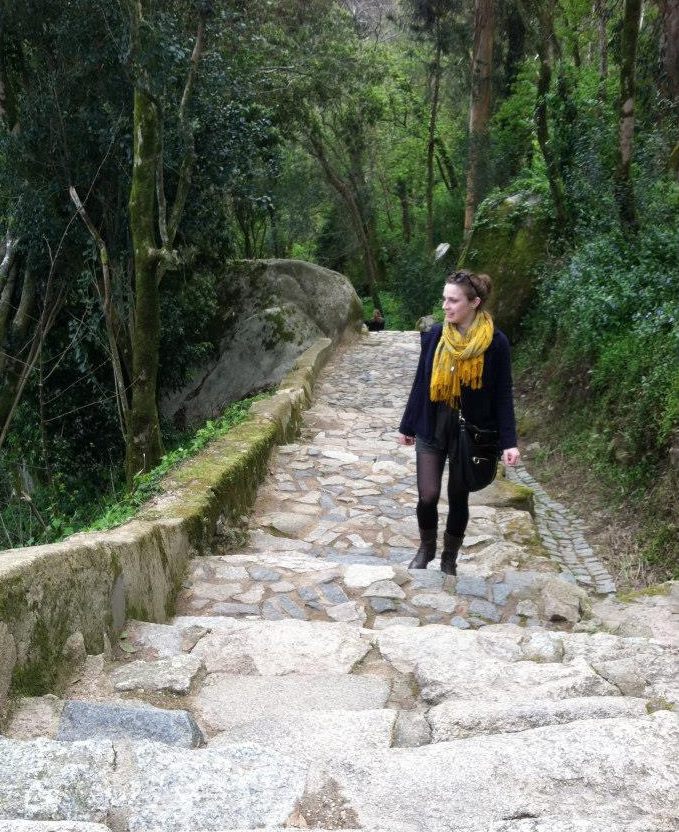 Nurse Leslie (she/her) is a board certified nurse practitioner who specializes in reproductive and sexual health. She lives with her son and husband, and in her free time enjoys veggie gardening and hanging out with her three chickens and two rabbits.