Writer Beth Ashley talks us through a hot six sex positions to try this weekend.

We all have our go-to great sex positions on our set menus. Whether you’re in a long term relationship or playing with casual sex, when you’ve found what works well, it’s easy to become reliant and stick with the sex positions that serve you best. But, consistency can lead to overfamiliarity and stop good sex positions from feeling special. And that’s a recipe for boredom.

In the spirit of spicing things up in the bedroom, here are six great, underrated sex positions to try over the weekend.

Look, we know it’s not the most imaginative position around. But we think the missionary position gets unfairly dismissed as being “boring”. In reality, good sex positions don’t need to be complicated. Missionary can be really sexy, and we think it’s high time it came back into the limelight.

There’s something timeless and elegant about the missionary position, like watching a classic film that’s been sitting on your shelf for a while or visiting an old friend.

Plus, it’s an easy position to spice up. If you’re the person underneath, simple changes like popping a pillow underneath your bum, raising your legs in the air, or wrapping your legs around your partner’s back can all change the experience of missionary for both of you. You could also try slotting a vibrating toy between your two bodies, which can make for an intense pleasure experience.

24-year-old Ella says she loves the missionary position as it’s “a great position for both deep penetration and also being able to make eye contact with your partner. I find this is one of the best positions for dirty talk, as you can each see the responses to what you’re saying. It’s really fucking hot.”

The “Picked Up & Screwed”

Look, we’ll admit we’ve made this name up. We can’t remember the real name of this position – or if it even has one – but it’s the one where you lift your partner up (usually against a wall for a bit of leverage) and have sex with them standing up. We think the ‘pick up and screw’ is fitting, and has a nice ring to it.

This one isn’t necessarily an underrated position, but it’s one that’s often sidelined because it requires a bit of work. There’s a certain level of strength and stamina needed to lift someone’s body weight for a prolonged time and do all the dirty work. However, if you can make it work the payoff has the potential to be pretty excellent, and depending on your views on laughing during sex this one can also be great for creating a few lols.

The spooning position might get overlooked, but personally, I think it should be given top billing in some sort of sex hall of fame. This position works the same way spooning for a cuddle does – where two or more people snuggle against each other but facing the same way. One person’s back is pressed against the other’s front, and arm and leg positions can be whatever feels most comfortable. Only in the sex version, there’s also penetration involved, as the person behind inserts their fingers, penis, or a toy into the person in front.

For some added pleasure, a small vibrating toy can be used by reaching around and placing it on the person in front’s clit, penis, or nipples.

This position is great because it’s very lazy. You’re essentially in a position for sleeping but getting a good time out of it with a deep penetration from behind. No lifting yourself or anyone else up, no vigorous movement. Not much effort at all, making it perfect for sleepy morning sex.

25-year-old Sophie says “spooning is great because you get the same effect of doggy style without the effort of holding yourselves up. Plus, it’s a great position when you’re with a sex partner you’re close or romantic with and want to feel the connection that comes with cuddling and fucking at the same time.” What’s not to love?

The chair pose position is another perfect lazy couple position. Usually taking place on the sofa (though, any kind of chair works fine), one person sits down while the other gets on top and bounces away with their knees up. This position often happens organically if you’re deep into a long term relationship and have made a habit of copping off on the sofa during one of the more boring episodes of Corrie.

That being said, the friction involved in this position means you can easily stimulate other erogenous zones whilst penetrating or being penetrated, making for a deliciously whole body experience. So, it’s worth giving a go in any sexual situation, whether you’re long term, newly friends with benefits, or even on a one night stand.

31-year-old Katie says “me and my partner found this position accidentally, finding ourselves in it after making out during a boring film. But now, we purposely go to the sofa to have sex in this specific position because it’s so good.”

The go-to method for spicing up sex when you’re on top of one another is for the person on top to throw the person on the bottom’s legs back or over their shoulders, but have you thought to try pushing their knees to their chest instead?

By placing the person on the bottom’s knees near their chest, they get the same deep, penetrative feeling as they do with their legs in the air, but with less effort and less potential for pulling a muscle.

Let’s be real, this one doesn’t need a definition: the name is fairly self-explanatory. What many of you may not know is that facesitting is a form of breath play. While fun, it is not without its dangers so be sure to read our Guide to Breath Play before you dive – or sit – into this position.

People often get nervous about the face sitting sex position as it’s quite a dominant position. It can take real confidence to sit on a person’s actual face. For some, it’s also a source of insecurity – underneath and close-up on the genitals isn’t the go-to angle I’d want to be viewed from. But, I have to say, this position is so sexy and such a pleasure-giver, that all those worries go out the window once you’re in situ. The command involved with the face sitting position can also be really liberating for some. A lot of couples including both a sub and a dom like to switch up roles with this position, with the sub being the powerful sitter and the dom being the one who gets sat on (romance!)

You can enjoy this position by simply sitting on your partner’s face, having them sit on yours, or by sharing the love with a 69 through sitting on the person’s face backwards and leaning down to return the favour.

One weekend and six new sex positions – better get busy! 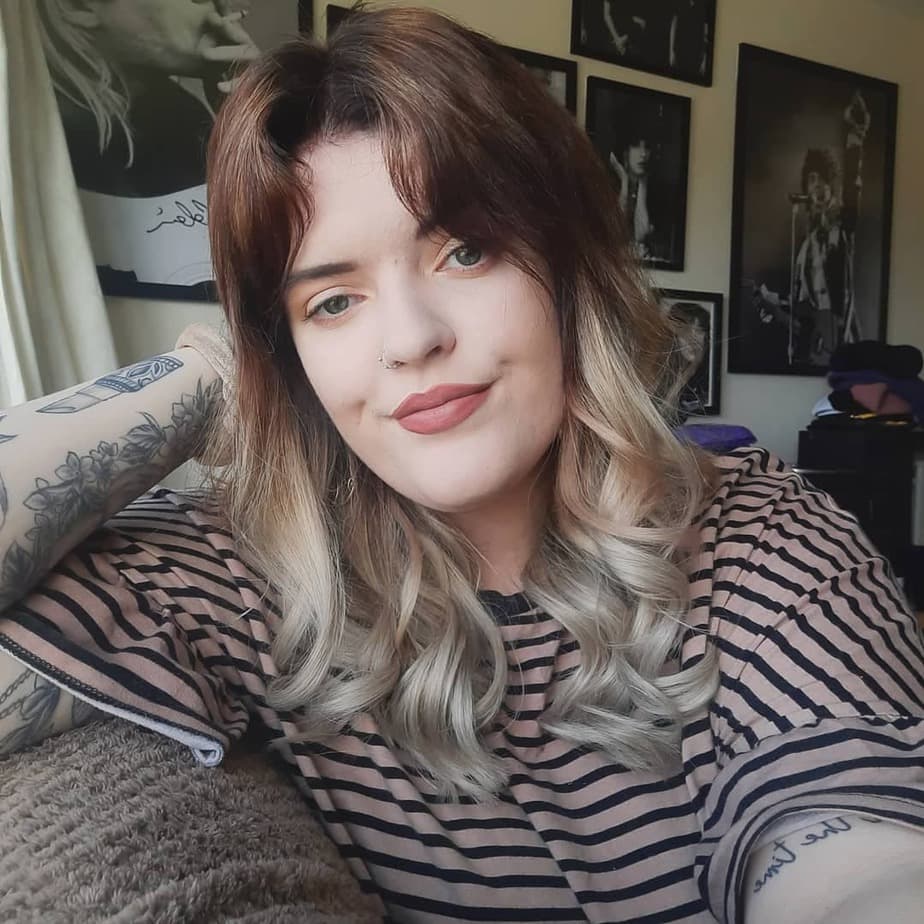 Beth Ashley (she/her) is a journalist and creative writer specialising in sex, relationships, politics and class. You can follow her work on Instagram at @bethashleywriter

What Is Breath Play? Part One 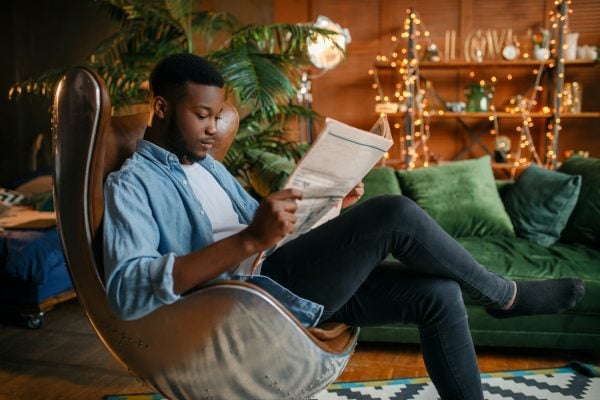 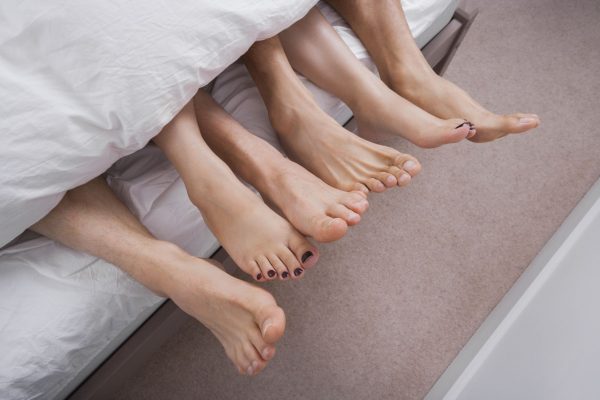 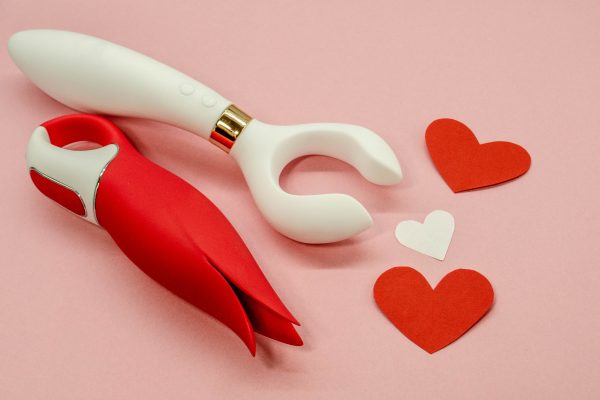 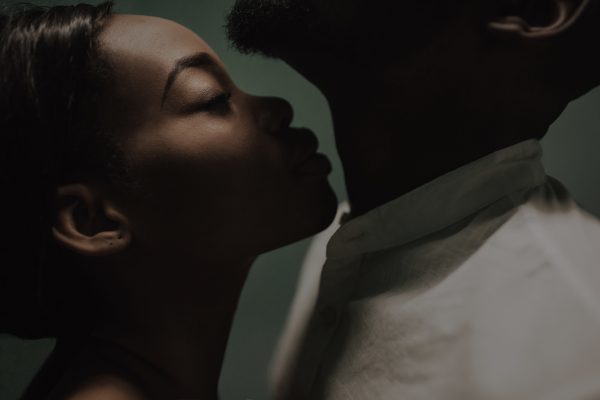 How To Explore Your Erogenous Zones 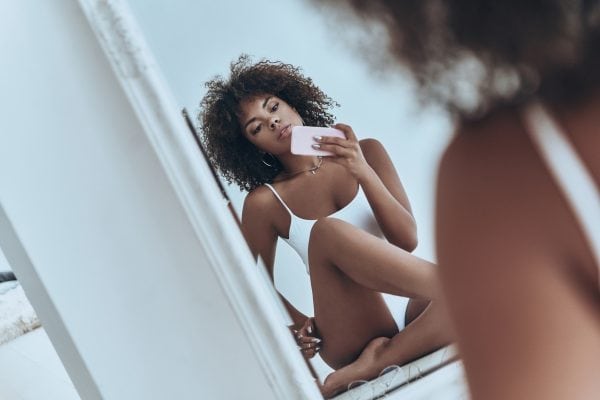 How To Take Mirror Selfies