Fetish Vs. Fetishisation – What Is The Difference? 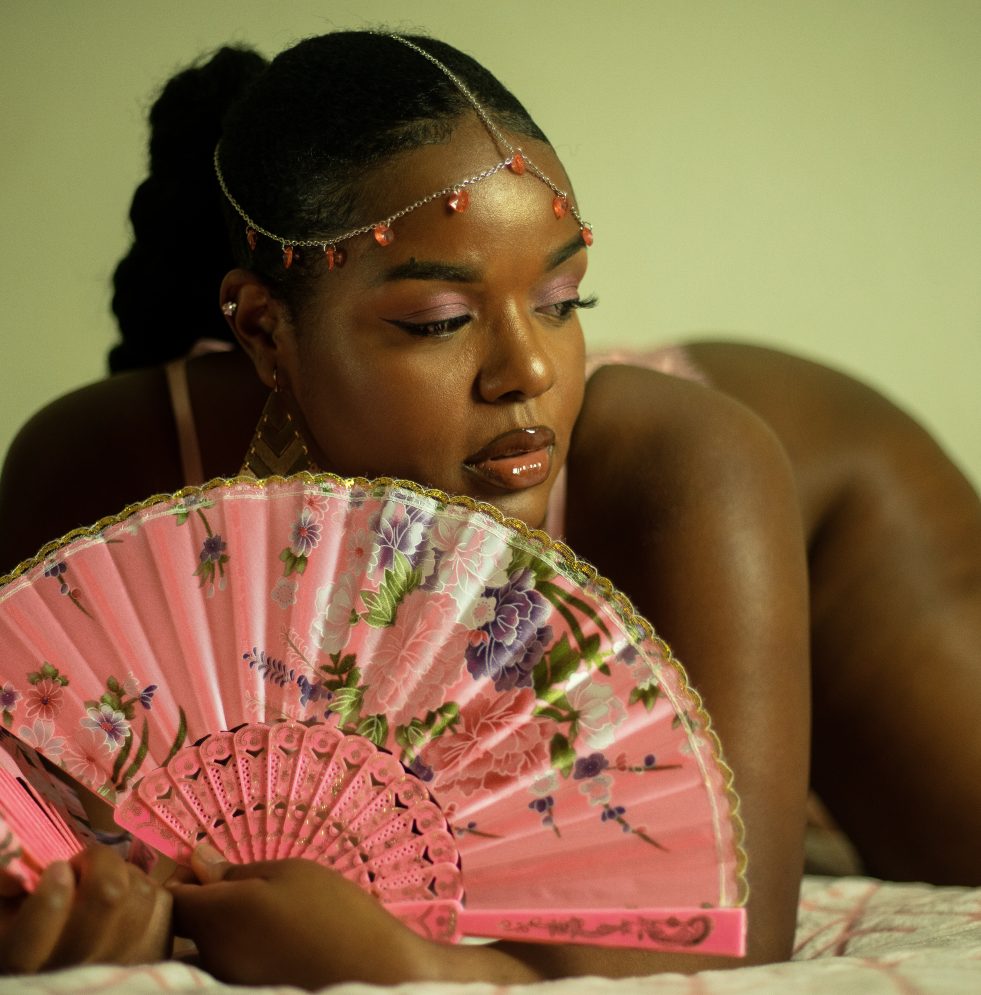 In the fetish communities, there is a lot of space for folks to explore their deepest desires. However, with this exploration comes a lot of questions around what a fetish is and how it impacts one’s experience when encountering their own fetishes and those of their partners.

What is a Fetish?

So what does fetish mean? A fetish is a turn on based on an object and/or body part that may or may not be inherently sexual but which for some may be considered as a necessity for play. Although many people use these terms interchangeably, a fetish is not the same thing as a kink, which is a broad term that refers to various sexual acts, desires and fantasies that are outside of so-called “vanilla” sex.

There are many types of fetishes that people across different age ranges, gender and sexual orientations enjoy. Some of the most common fetishes include body parts like feet, hands, and lingerie.

A foot fetish is the sexual desire of feet. Noted as the most common fetish, the love of this body part can involve the shape, size, smell, and even foot embellishments such as toe nail polish and jewelry. In intimate encounters, foot fetishes can play a large part in foot worship, which is play that involves honoring, touching and kissing feet.

Located further up the body and underneath the arm is another object of desire – armpits. Maschalagnia, or an armpit fetish, is the sexual attraction to the smell and look of underarms. Part of this fetish can also revolve around licking, kissing, tickling and looking at armpits.

The furry fetish is a fascination with dressing up as animal-like characters and mascots. Even though there are people who engage in furry sex, or yiffing, there are folks whose love of fur goes beyond a fetish, and they have established it as both a lifestyle and a community.

Despite there being people who consider these sexual desires to be unusual or strange, it is important to destigmatize them and know that fetishes are totally normal if agreed upon and consented to by all adult parties. If you are eager to learn about more fetishes, or are curious to see if your interests might be a fetish, you can check out this article on fetishes, this information on the hand fetish, as well as this short list of fetishes that includes those that are most commonly searched online.

Having fetishes and other sexual desires is completely normal and valid. However, fetishizing people is completely different, and can be very harmful. Fetishization is the act of objectifying a person by sexualizing or stereotyping their body parts, skin or personhood without their consent.

“[Fetishization] further marginalizes us and puts us into groups and categories that we didn’t ask for,” she says. “An example is seeing all Black women as strong and Amazonian. People are constantly putting us in this group [while disregarding that] some of us could also be dainty, little butterflies.”

Putting folks into categories hinders them from being seen for the full scope of their personhood, and for people who face multiple oppressions, fetishization causes them to be further removed from their humanity. As content creator Brandon Jerrod puts it “being fetishized is an experience that is recurrent and due to my multiple intersections such as being fat, dark skinned, Black and gender expansive, it makes it difficult to communicate with others when society feels like this is the norm.”

How To Unpack Fetishization

To understand how to unpack fetishism is to also learn and acknowledge the historical influences of white supremacy and how it plays into fetishization. Jervae, the founder of Fat Black Liberation, notes that “because white supremacy creates and reinforces a culture of whorephobia there is a lot of shame around our sexual desires, and with this marriage of shame and internalized biases against marginalized folks, it’s hard not to notice how these things contribute to fetishization.”

They then share their own personal experiences, recalling how a lot of people, primarily white cishet men, make inappropriate comments about their identity.

“In my experiences, many men treat me in a way that is like a mammy – who is a fictional character that is a slave, has no personality, no autonomy and is an object to be objectified and sexualized,” They say. “There’s just a lot of flattening of my character and not really caring whether or not I’m treated according to my standards or how I choose to self identify.”

The one thing that both fetishes and fetishization have in common is the element of shame. Shame induces sexual repression which functions to both commodify and remove humanity from marginalized individuals, especially when it comes to sex. Marginalized folk already face so many challenges when it comes to holding onto their humanity, but being fetishized also strips a person of their visibility and consent.

Whether it is being done intentionally or not, everyone has a responsibility to not only be educated on and unpack their biases and fetishization but to also establish connections that are ethical and consensual.

Fetish Dating – How to Avoid Fetishization

Although dating within fetish and kink communities has been noted to enrich folks’ experiences when it comes to building interpersonal connections, many have found that it’s been even harder to avoid being fetishized by other people. The reason? Many people aren’t familiar with the nuances and differences between a fetish and fetishism, and this contributes not only to how folks engage in kink activities, but also to how people connect with one another, which can be detrimental when these differences are not unpacked and understood.

However, one way to ensure that folks can avoid being fetishized in their experiences is for them to communicate their needs.

As Jerrod states, “At this point, in my journey, I ensure that I lead with my expectations and boundaries first. I try to focus more so on enthusiastic consent because a lot could happen in those conversations. Whenever you engage, or I’ve noticed, whenever you engage people in that manner, it weeds out all the people who don’t want to see your humanity.” 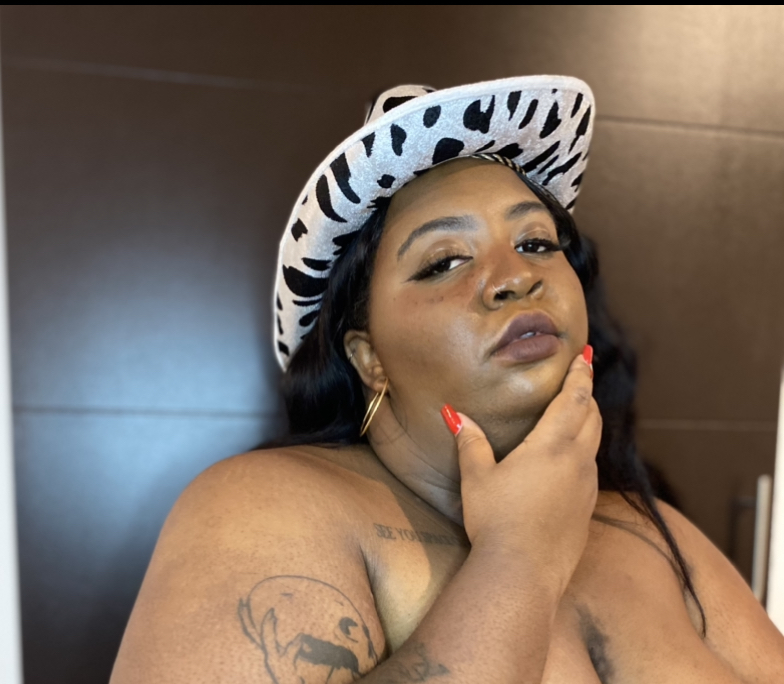 Cheyenne M. Davis (they/them) is a journalist, media adjunct professor, digital content creator, podcaster, photographer and aspiring screenwriter looking to craft screenplays and digital content that are inclusive and highlight fat, BIPOC characters and perspectives. Topics that they often explore in their work includes sex, kink, fat liberation, LGBTQIA, misogynoir, Black Pleasure and how all these things intersect. They are also the founder of Unveild, a sex and kink-positive publication for Black and Brown folks. Some of Davis’ inspirations come from fat, Black social media influencers and kink activists that fight against white supremacy in the community. Aside from their creative pursuits, Davis is a cat mom and video game and anime aficionado. Davis’ main goal is to use their creative works as the vehicle to drive the conversation in unpacking toxicity and lack of diversity and inclusivity in media. You can find them at @cheymodee on social media or at @unveildmag.