How To Date A Bisexual Person

Getting bi in dating and relationships 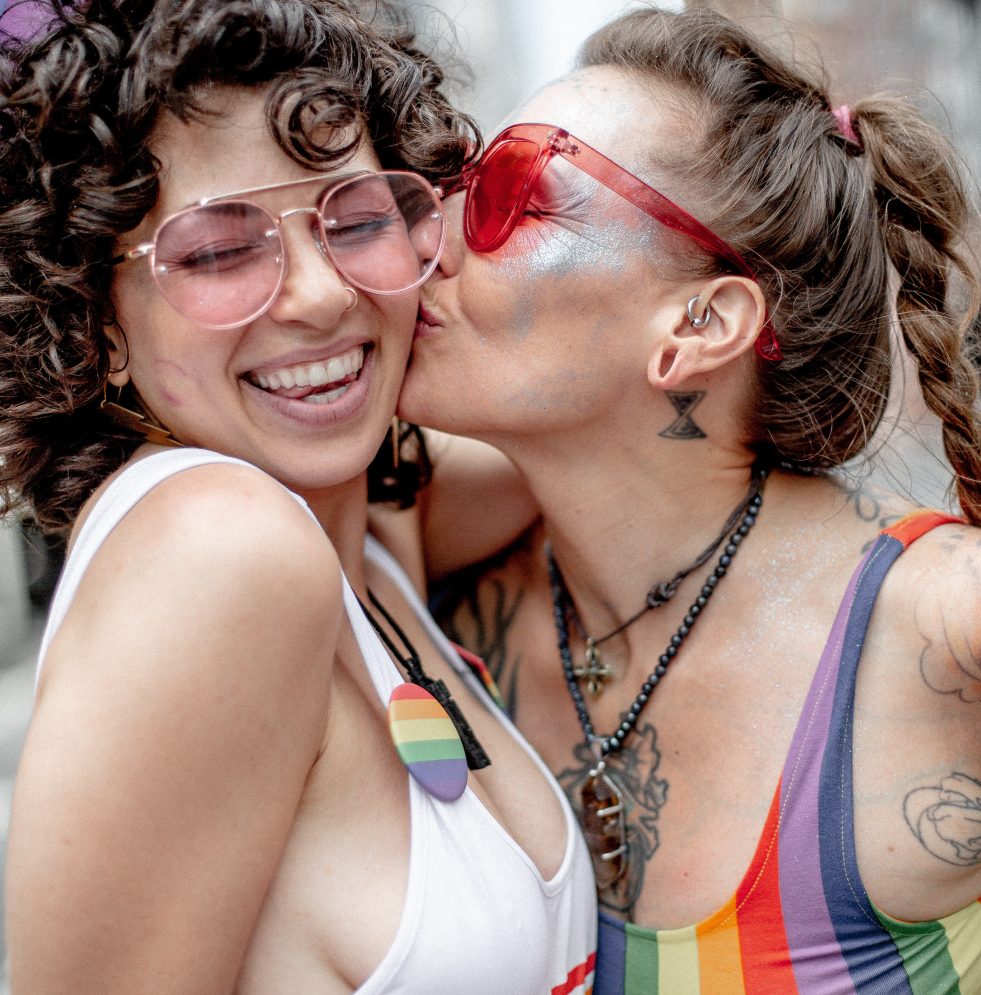 Bisexuality (and bi-curiosity) have a lot of stereotypes attached to them, which can make navigating the dating scene difficult. Dating someone who is bisexual, or as a bisexual person yourself, can have its own challenges, whether this be navigating biphobia or — for people who are only just exploring their bisexuality — inexperience with a particular gender. That said, dating as a bisexual person or bisexual partnership/s can also be incredibly fun and liberating, especially with some knowledge of how to approach the scene.

Being bisexual means that somebody experiences attraction to more than one gender. A bisexual person may not experience attraction to different genders in the same way, to the same intensity, or even necessarily at the same time.

Historically, bisexuality has often been understood as ‘attraction to both men and women’. In fact, the term ‘bisexual’ originally meant what we would now call ‘intersex’, coming to refer to sexuality in the early 20th century because of the idea that multi-gender attraction meant somebody had both ‘male’ and ‘female’ psychological characteristics. While some individual bisexuals may define their sexuality as ‘attraction to men and women’, bisexuality does not mean somebody’s attraction is limited to the binary genders, or even necessarily includes them at all! Some people who experience attraction to all genders identify as pansexual, either alone or in addition to identifying as bisexual.

What Is Bi Curious?

Being bi curious means that somebody is exploring or questioning their potential attraction to multiple genders, but doesn’t identify as bisexual.

Some bi curious people do go on to identify as bisexual or pansexual. After exploration, some may: discover they’re only attracted to one gender and identify as gay or heterosexual; realise that they aren’t attracted to any genders and identify as asexual; identify by the broader term queer; call themselves heteroflexible or homoflexible; or choose not to label their sexuality at all.

If your partner comes out to you as bisexual, it’s a great idea to educate yourself, even if the relationship doesn’t become open or consensually non-monogamous. We live in a society that holds a lot of negative stereotypes about bisexuals which you may have subconsciously learnt, such as the idea that a bisexual girlfriend will always be up for threesomes, or that bisexual people are more likely to cheat. The combination of internalised biphobia and homophobia can make being bisexual in a heterosexual-seeming relationship extra challenging.

If you’re the person who’s realised that you’re bisexual, remember this doesn’t mean that you have to start exploring dating different genders. Some people who are in monogamous relationships, or who are single and not looking to date, find they may instead want to explore through queer erotica, finding local or online bisexual community, or consuming bi-friendly pop culture.

If you’re single or in a non-monogamous relationship, dating apps like Killing Kittens, Feeld, and Lex can help you connect with potential partners and bisexual people. If you prefer meeting in-person, parties or club nights can also provide a fun, liberating environment for exploration.

If you’re in a relationship and want to open it up to allow for exploration, have an open and honest conversation with your partner about the desires and boundaries both of you have – together, you can explore ethical non-monogamy if you are both interested in doing so.

You may want to explore bisexual relationships on your own, or with a partner. Dating somebody of a gender you generally don’t date or haven’t dated previously can be a challenging experience, as much as it can be exciting and fulfilling. This is particularly the case if it’s your first experience of a queer relationship, as LGBTQIA+ people often don’t have the same cultural scripts around relationships that cisgender heterosexual people do. Seeking out specific and inclusive sex-ed resources – such as the book Girl Sex 101 – can be really helpful.

For bi couples looking to date or hook-up together, it’s important to educate yourself on couple privilege and focus on recognising that the person you’re looking for has their own desires, wants, boundaries, and emotions. Many bisexual, pansexual, and queer women in particular may feel fetishised as a ‘unicorn’ on dating apps, and/or feel frustrated by couples looking for threesomes who are not upfront about exactly what they are looking for. Even if you are looking for someone who may identify as a bisexual woman or a bisexual man, be sure that you are not fetishizing anyone in your aim to build new connections. Be upfront about what you are looking for, and don’t make any assumptions about what people may want based on how they identify or their sexual orientation.

If you are choosing to date as a bisexual couple, look for platforms that have inbuilt features that make this information clear. For example, Killing Kittens allows you to create a joint profile as a couple, and Feeld allows couples to join their individual profiles. If the apps you’re using don’t have these features, you can clarify in other ways, like with a username, photos of the two of you, and stating that you’re looking to date as a couple in your bio. When you match with somebody, asking them about their wants and needs from a threesome shows that you see them as a person, and not as a toy to add to your existing sex life.

Bi curious dating and bisexual dating have a lot in common, including requiring discussions around non-monogamy and boundaries if you’re in a previously monogamous relationship, taking couple privilege into account if you’re looking to date together, and it being helpful for partners of bi-curious people to educate themselves on fluid sexual experiences and identity.

If you’re bi curious and don’t have a lot of (or any!) experience with the gender of a potential partner, you might find that disclosing your inexperience helps relieve some performance pressure you may feel. Remember, you don’t have to frame disclosing this as a confession or something shameful – keeping it light can create space for conversation around expectations and desires. Lack of experience is nothing to be ashamed of, nor does it indicate an invalidity of your bisexual or bi curious identity.

Whether you’re dating as part of a couple or on your own, remember that the people you may date or hookup with have boundaries, desires, and feelings of their own. Mentioning that you’re looking to explore rather than seeking a longer term sexual or romantic relationship will turn off some, but means that those people won’t end up feeling used or exploited. Plus, hooking up with curious people looking to explore their sexuality can be a total turn on for some people! 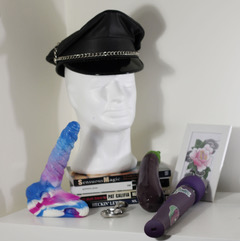 Kelvin Sparks (he/him) is a London based trans male writer, sex toy reviewer, and author of the book Trans Sex: A Guide For Adults. You can follow him on Instagram, Twitter, or his website.